This is the first of the article series “5 tips for clean coding” to follow as soon as you’ve made the first steps into your coding career, in this article series. Read the introduction here, to find out why it is important to write clean code if you missed it.

Consistency is THE rule to follow if you want to make your code clean and increase readability. Not to make it sound desperate, but honestly, whatever you decide to do when it comes to the coding style, just be consistent. Whether you agree with any standards, formatting styles or don’t even know them, just be consistent. Don’t ever allow inconsistency to sneak into your script or your project. This will only bring confusion, disorientation, chaos and general misery.

The rules for how exactly keep your code clean and organized visually might differ slightly depending on the situation you find yourself in. The PEP 8 rules can be ambiguous in some places and leave room for interpretation. For example, the question, whether you use single or double quotes to denote a string, is open. It is possible, that your work environment already has a standard and you just need to comply with that. No room to show off your highly unique take on it, sorry. However, if you are working on your own and there is no one to roll their eyes looking at your messed-up code, you need to decide for yourself. Once you do, again, be consistent at the level of the script, project, your work in general. Otherwise, it will look messy, patchworky and simply unprofessional.

People famously are quick to ascribe intentionality, even to thermostats[i]. They will assume that the details of how you wrote your code are intentional. They will try to figure out why you are doing one thing in some places and a different thing in other places. If those differences came from you being careless and have no meaning behind them, the reader of your code will waste a lot of time trying to figure it out and end up frustrated. Remember the first few snippets of python code you have ever seen? Maybe you saw some code with double quotes and some with single quotes. You were green, knew nothing and quite possibly thought that they both have different meanings and you spent time trying to figure out why on earth in some places there is a single quote and in other double-quotes.

If those altruistic arguments do not really convince you, let’s see how consistency can serve to your own benefit. First, that outsider, who is looking at your code and is trying very hard to figure out what on Earth is going on, might be you. It might sound crazy, and it is, indeed, quite sad, but most likely, after 6 months of not looking at your code you will no longer remember what you did there if it is not documented well. Documenting in a homogenous way can take some time and some effort. Nevertheless, in general, code gets read many times after it has been written. When in doubt, sacrifice some of your writing time to increase readability and minimize the reading time later. It will pay off in the long run. 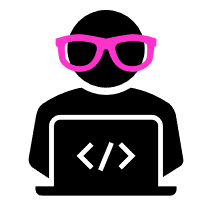 Having a set of rules at your disposal can make your work faster. You will avoid arguing with yourself about which option is the best one: mean_income, income_mean or income_avg. You can avoid making loads of small decisions as you write your code by making a set of global rules. In that way, you can allocate your energy and resources into solving the real problem. Not the how-do-I-format-this? one.

It is not necessary that you make all those grand decisions right now. You also don’t have to make them for life, it’s ok to change your mind eventually, so don’t feel overwhelmed. But once you’ve learned this and that, spent a little time coding, have a good long look at your sprouting habits and decide what you are going to do about splitting those lines and stick to it!