By 2024, a shortage of 250,000 data scientists is predicted in the United States alone. Data scientists have emerged as one of the hottest careers in the data world today. With digitization on the rise, IoT and cognitive technologies have generated a large number of data sets, thus, making it difficult for an organization to unlock the value of these data.

With the constant rise in data science, those fail to upgrade their skill set may be putting themselves at a competitive disadvantage. No doubt data science is still deemed as one of the best job titles today, but the battles for expert professionals in this field is fierce.

The hiring market for a data science professional has gone into overdrive making the competition even tougher. New online institutions have come up with credible certification programs for professionals to get skilled. Not to forget, organizations are in a hunt to hire candidates with data science and big data analytics skills, as these are the top skills that are going around in the market today. In addition to this, it is also said that typically it takes around 45 days for these job roles to be filled, which is five days longer than the average U.S. market.

One might come across several definitions for data science, however, a simple definition states that it is an accumulation of data, which is arranged and analyzed in a manner that will have an effect on businesses. According to Google, a data scientist is one who has the ability to analyze and interpret complex data, being able to make use of the statistic of a website and assist in business decision making. Also, one needs to be able to choose and build appropriate algorithms and predictive models that will help analyze data in a viable manner to uncover positive insights from it.

A data scientist job is now a buzzworthy career in the IT industry. It has driven a wider workforce to get skilled in this job role, as most organizations are becoming data-driven. It’s pretty obnoxious being a data professional will widen job opportunities and offer more chances of getting lucrative salary packages today. Similarly, let us look at a few points that define the future of data science to be bright.

A career without upskilling often remains redundant. To stay relevant in the industry, it is crucial that professionals get themselves upgraded in the latest technologies. Data science evolves to have an abundance of job opportunities in the coming decade. Since, the supply is low, it is a good call for professionals looking to get skilled in this field.

Research by 2018 Data Security Confidence from Gemalto estimated that 65% of the organizations could not analyze or categorized the data they had stored. However, 89% said they could easily analyze the information prior they have a competitive edge. Being a data science professional, one can help organizations make progress with the data that is being gathered to draw positive insights.

Most of the data scientists possess to have the in-demand skill set required by the current industry today. To be specific, since 2013 it is said that there has been a 256% increase in the data science jobs. Skills such as Machine Learning, R and Python programming, Predictive analytics, AI, and Data Visualization are the most common skills that employers seek from the candidates of today.

There are around 5 billion consumers that interact with the internet on a daily basis, this number is set to increase to 6 billion in 2025, thus, representing three-quarters of the world’s population.

In 2018, 33 zettabytes of data were generated and projected to rise to 133 zettabytes by 2025. The production of data will only keep increasing and data scientists will be the ones standing to guard these enterprises effectively.

According to LinkedIn, data scientist was found to be the most promising career of 2019. The top reason for this job role to be ranked the highest is due to the salary compensation people were being awarded, a range of $130,000. The study also predicts that being a data scientist, there are high chances or earning a promotion giving a career advancement score of 9 out of 10.

Precisely, data science is still a fad job and will not cease until the foreseeable future. 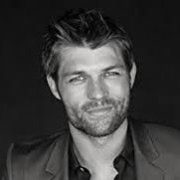 A Bird’s Eye View: How Machine Learning Can Help You Charge Your E-Scoote...

From BI to PI: The Next Step in the Evolution of Data-Driven Decisions
Scroll to top