Data is centric in testing of several applications because data is critical to organizations. Businesses are becoming more data-driven, and hence it is imperative that as Automation Test developers, the value of the test-data is understood and  completely harnessed during Test Automation development. The test-data involved in both Manual/Automation testing encompasses the test-data inputs, test-data outputs, and the test-data flow.

TestProject.io is the world’s first free cloud-based, community-powered test automation platform which caters to this important aspect of Test Automation development. The tool successfully adheres to the importance of keeping test-data centric in Automation Test solutions.

To start with, organizing and managing test data is very easy in TestProject. We are aware that as an application gets bigger and more tests are added, test data management becomes more difficult. This tool allows easy and clear management of the elements, tests, parameters by helping the Automation Test Developer associate data, be as an input or output in the UI as follows: 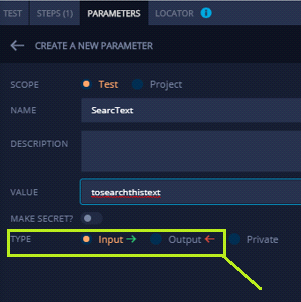 The tool makes the tests maintainable by allowing the Test data to be easily added, deleted, modified  making it  flexible in the perspective when business  requirements change. It also allows test data to be associated with Web, Android and iOS apps, allowing several types of input – web pages, JSON, PDFs etc. The test data can be also tested on several browsers such as Chrome, Firefox, Safari, Edge, Internet Explorer.

TestProject enables easy collaboration in a test automation team- by allowing/dis-allowing sharing of the test cases, test data etc as and when applicable. Eventually the team has shareable test repository which can be easily managed and controlled.

Sharing of parameters is available in levels –Test level and Project level. For example,

Hence, because of this, the test data can be easily re-usable, without having to mention the same test data repeatedly in some cases. 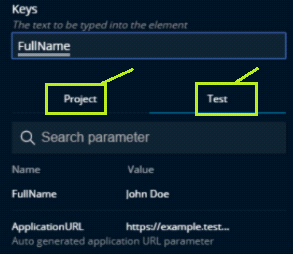 TestProject also has a “Secret Parameter” feature built in the smart test recorder that allows storing sensitive test data in an encrypted state.

There are also powerful Addons available in TestProject that can help the Automation Developers complete their tasks easily and quickly .For example, there are several  Random Data Generator Addons available. ‘Random Login Credentials Addon’ is one such Addon which generates random credentials to be entered for several tests.  Similarly, there are many more Random data generators available, such as for generating random dates, character/word/number etc as per several requirements. This definitely makes the job of an Automation developer much easier, and helps save time.

In TestProject, we can choose the input data source to be the default input parameters or to be associated with the data- driven method as follows :

The Data-driven Testing method of testing is necessarily important in cases when the coverage of any data variable comes into picture. We are aware that Data driven tests are tests that run multiple times, but with different values for some of the variables in the test. For example if you wanted to test that the username field on a login page could handle several different types of inputs you could create a separate test for each input, or you could use a data driven tests to drive the same login test multiple times, but just using a different username input each time. We are aware that Data-driven Testing is a very good approach if you have huge volumes of data to be tested for the same scripts.

One such support for Data driven testing in this tool is the Parameterization of variables. Once the parameters are added, like in the screenshot below, the parameter can be navigated to and picked for use. 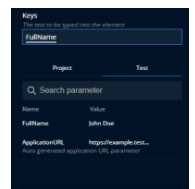 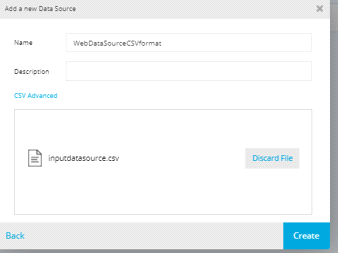 Since it supports Data-driven test development, it results in stronger Test Coverage. That is, large volume of data can be managed and executed thereby improving regression testing and better coverage.

Speaking about data sources, TestProject also provides addons that help to work with several database as PostgreSQL, MySQL, MSSQL, Db2, Oracle. The tool can be easily linked with the databases by providing details as: 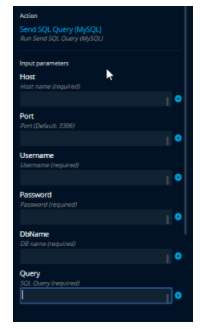 All this also shows the fact that the tool clearly separates the test cases and the test data and hence allows testers to test their applications using different data values and parameters without the need for changing test script/cases. While making a change in data sets such as addition, or deletion, doesn’t have implication with test cases.

Also, once the test is generated by the Automation developer, it can be viewed both in the ‘Manual Test’ view or the ‘Test document’ view. In both cases, once either of the options are chosen and they are downloaded, the test data is clearly mentioned in their respective columns in the documents. 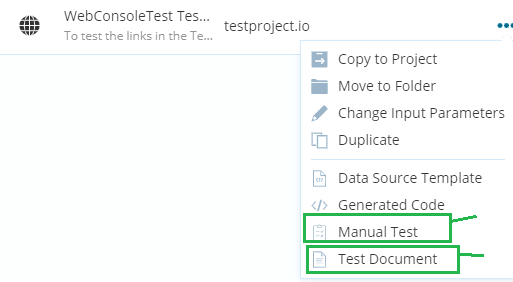 For example, the ‘Manual Test’ document that gets generated automatically shows the Test Data used as,

And, the ‘Test’ document that gets generated automatically shows the Test Data’s default values used as,

While assesing the test results,  the tool clearly gives details on failures, helping the automation developer to easily debug the issue/ decide to open a defect. For example, the details are clearly showed as : 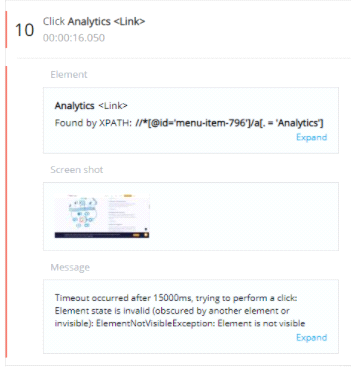 TestProject.io tool can also be easily integrated with many other tools, such as Jenkins, qTest, Slack etc, and the testcases/test data etc are easily synced during this association. Example, in the cases of Jenkins, we can associate the build step by linking it with the TestProject data source as follows: 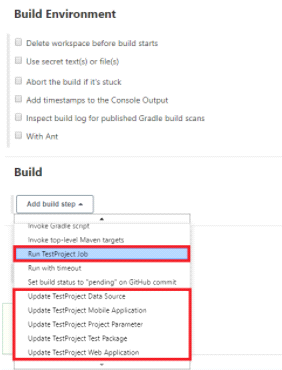